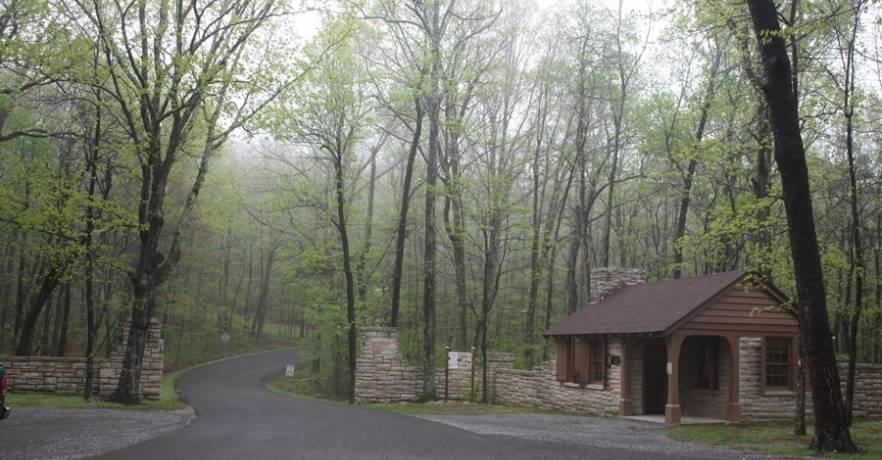 The CCC Museum will open for the season Saturday, March 20th

People of all ages can enjoy a truly unique experience by taking a step back in time to learn about this Depression-era program that developed DeSoto State Park and other parks all over the U.S.A.

Admission is free, with donations accepted. Masks are respectfully requested.

During the week and during the months of December, January, & February, & part of March open by appointment. Call 256.845.0051 to arrange your visit. We welcome you & will be glad to open it for you!

Currently seeking dedicated volunteers to man the museum, for a few hours on a Saturday during the months of April thru November. Flexible schedule, duties include greeting visitors & opening/closing the museum building. No experience necessary.

The Civilian Conservation Corps (CCC) was a government- made work program during the Great Depression, a time of great suffering worldwide where jobs, money, & food were scarce. The CCC was developed as part of President Franklin Roosevelt’s New Deal, which was designed to bring relief to millions of unemployed Americans
Few Depression-era work programs matched the success of the Civilian Conservation Corps.; the CCC contributed to the preservation, improvement of fish and wildlife habitats, as well as the reforestation of thousands of county, state, and national forests, parks and campgrounds. The CCC taught valuable skills to these young men and provided America with trained, skilled labor when they left the CCC.

DeSoto State Park was developed by the Civilian Conservation Corps in the mid 1930s to early 1940s, and was known as State Park #5. In November 1933 a CCC camp was built in the town of Fort Payne and in early 1934 work was started above Fort Payne on Lookout Mountain. The CCC boys then built roads, trails, culverts, a 9-hole golf course, and stone and wood structures such as picnic pavilions, barbeque pits, cabins, and a group lodge. CCC Companies 472 & 2436 contributed to the development of DeSoto State Park.

All the hard work and effort of the Civilian Conservation Corps is still visible in many places throughout DeSoto State Park and the local community today.

Read more about the Builders of DeSoto State Park

DeSoto’s CCC Museum was made possible with a $10,000 state tourism grant in late 2011 and was dedicated on April 19, 2013. The museum is located in the “Contact Station” located at the original entrance to DeSoto State Park on Country Road 618. (2 miles from DeSoto’s Country Store)

Please help us with our history! If you have any old photos, memorabilia, or even a story to tell, please let us know. Help preserve the history of the CCC!

Join DSP Staff in a private tour to learn more about the CCC and how it helped make the park what it is today. Tour can be customized for your group with your time limits in mind. Suitable for any age, 8 years old and up.

(Tours MUST be booked ahead of time.)

•Tour the CCC Museum located at the original entrance into DeSoto State Park.
•Visit CCC Structures, such as:

As a part of research into the Civilian Conservation Corp at DeSoto State Park, maintenance staff Billy Johnson and Mike Bare, with special permission, search for evidence of the golf course and find the "hole" for green number 5.