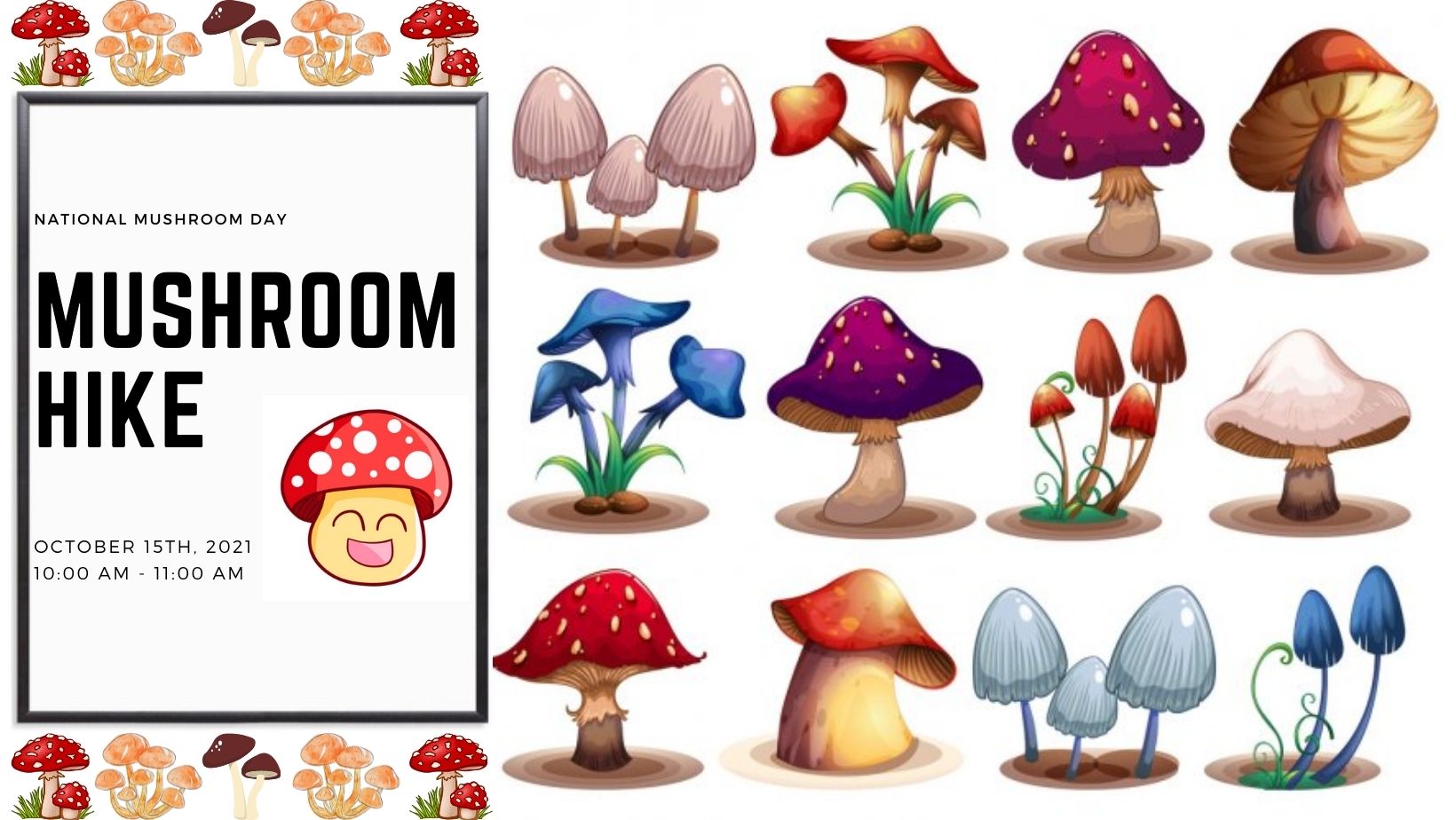 Oyster, Chanterelles, Jelly, Puffballs — we’re talking mushrooms here, because October 15 is National Mushroom Day. If you don’t already know, mushrooms are fleshy fruiting bodies of fungi, and there’s a variety of species, which is why we have so many types of mushrooms to choose from. Join Park Naturalist Sam Woodroof as he points out several species of fungi as you hike the Jimmy Sim's Birding Trail.

NATIONAL MUSHROOM DAY TIMELINE
​1707: ​The cultivation of mushrooms
​Edible fungi was successfully cultivated in a controlled environment of a vegetable garden

​1950: ​Nurseries for mushrooms were built
​The first above-ground mushroom nursery was built — complete with many cultivation areas.

1.) There’s a mushroom that tastes like chicken
​The Laetiporus mushroom, which grows in the wild, is said to taste almost exactly the same as fried chicken

4.) Mushrooms can get pricey
​White truffles, which are subterranean mushrooms, are known for being expensive, but at 3.3 pounds, one was purchased for $330,000.

If you have any questions or concerns, email: Samuel.Woodroof@dcnr.alabama.gov